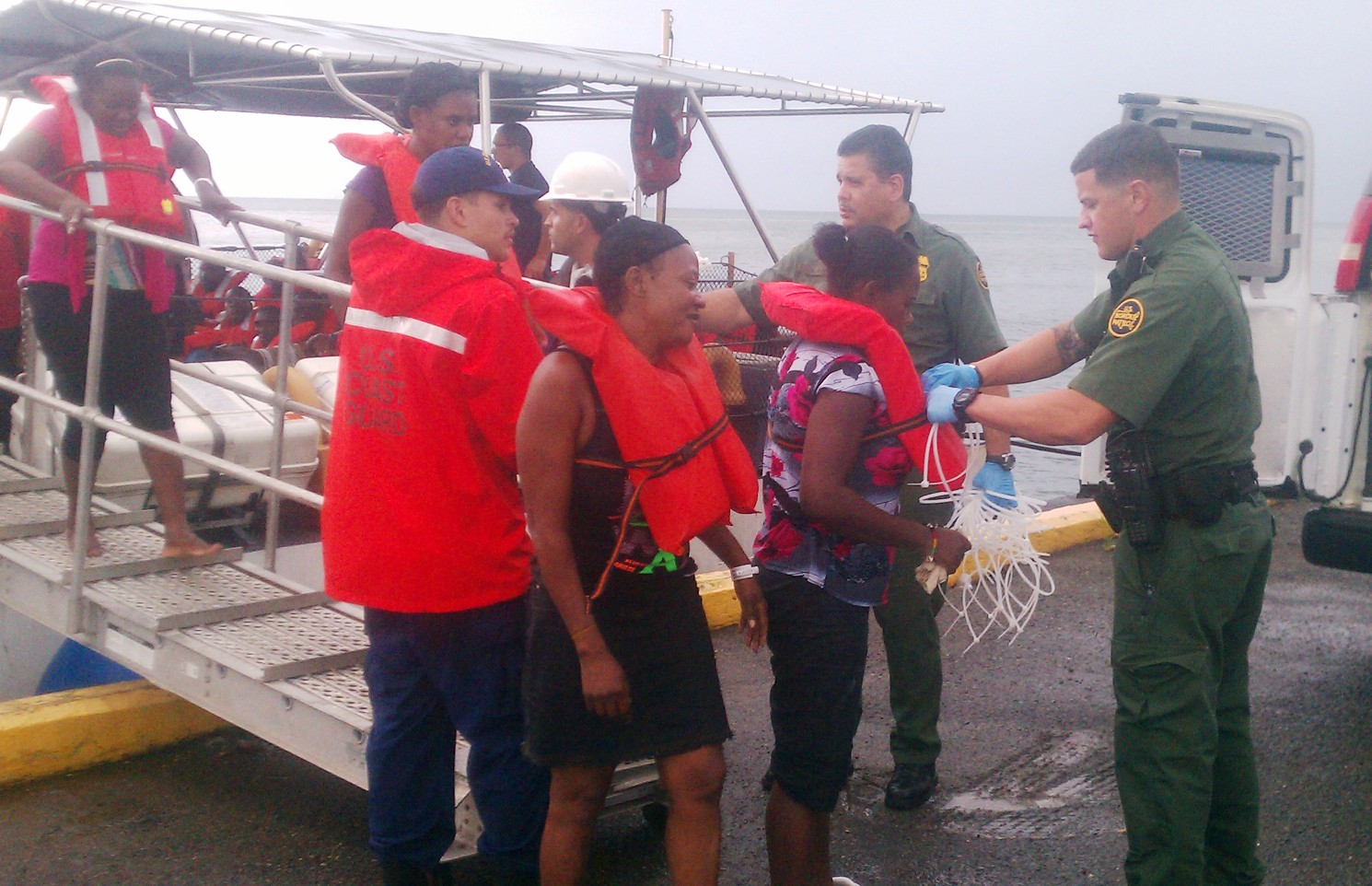 “Sustained collaborations with our federal and state partners allow us to be effective to prevent smuggling attempts into Puerto Rico’s coast,” stated Ramiro Cerrillo, Chief Patrol Agent for the Ramey Sector.

On the morning of Jan.5, Ramey Border Patrol agents detected a vessel without navigational lights moving towards Aguada, Puerto Rico.

The agents coordinated for intercept with the United States Coast Guard (USCG) Command Center, and the PRPD Joint Forces of Rapid Action (FURA, for its Spanish acronym).

Biometric checks were conducted on all subjects and revealed that 10 aliens met the guidelines for prosecution related to prior criminal and immigration violations.

On Jan.8, the USCG cutter crew transferred 10 aliens to Border Patrol custody at the Mayaguez Port of Entry. The remaining 29 undocumented aliens were repatriated to the Dominican Republic.

Since the beginning of the New Year Border Patrol Agents have apprehended 89 aliens that have illegally entered or attempted to enter the United States via the Mona Passage.