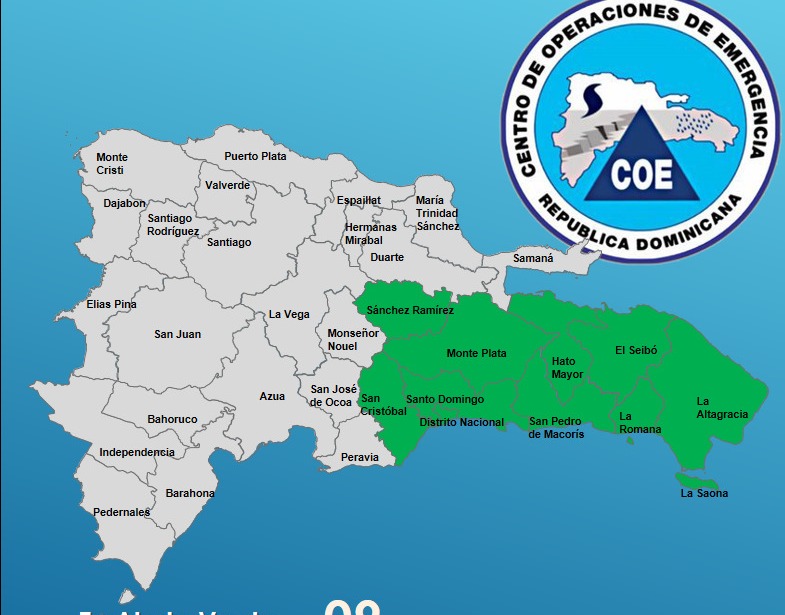 Santo Domingo.- The Emergency Operations Center -COE- on Thurs. placed nine provinces under alert for flash flooding, overflowed rivers and landslides, on the downpours over the last few hours.

It said all eastern provinces are under alert, in addition to San Cristobal, Sanchez Ramirez and Greater Santo Domingo.

The COE said small craft should stay near the coast without venturing out to sea, on winds and higher-than-normal waves on the Atlantic and Caribbean coasts.

The National Weather Office said the rains result from high humidity and unstable air as an upper level trough settles over eastern Cuba.