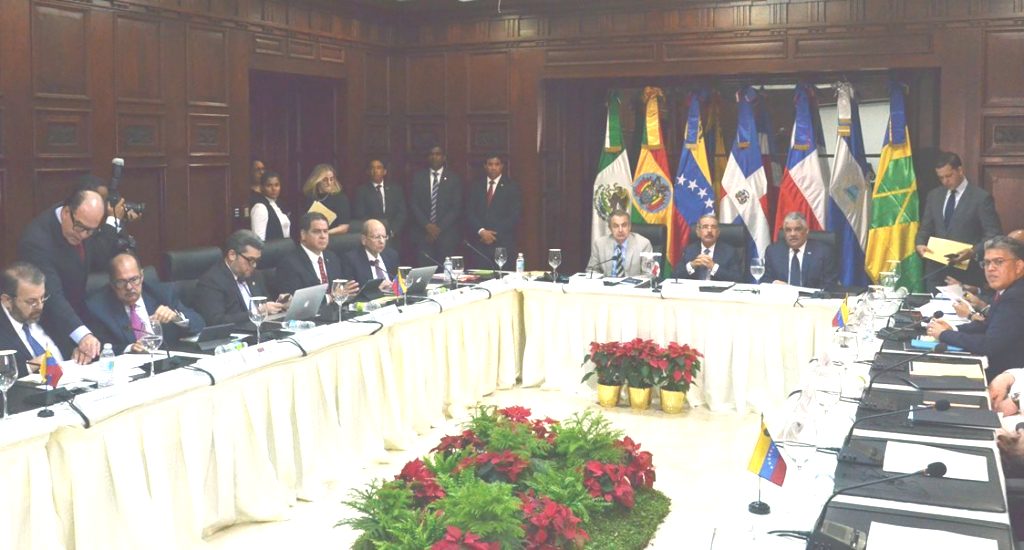 Santo Domingo.-  With the arrival of the rival delegations from Venezuela, began at 11:40am Fri dialogue that seeks to end that nation’s political and economic crises, diariolibre.com  reports.

President Danilo Medina had arrived at the meeting site at 9:02am but awaited the presence of the other parties since.

For his part, Caracas govt. spokesman Jorge Rodríguez, only gestured that they are close to an agreement.