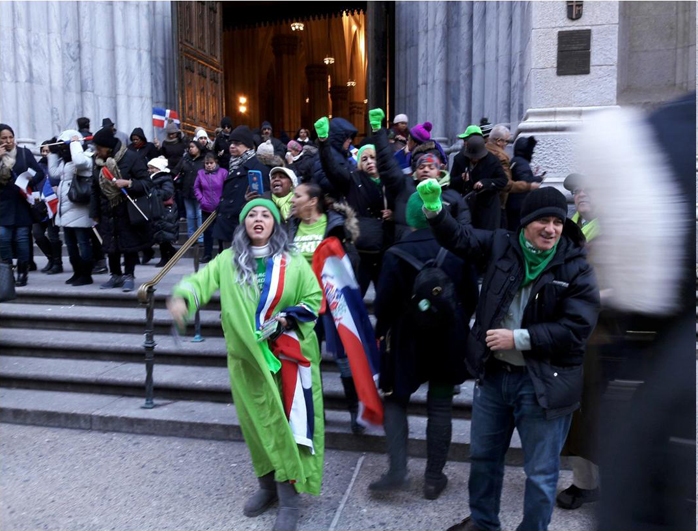 New York.- The security detail of Dominican Republic’s first lady failed to turn away a group of the Green March in front of Saint Patrick’s Cathedral at the end of a mass on Sun., when they protested corruption and impunity in president Danilo Medina’s government.

Cándida Montilla’s security demanded that the protesters remove  their green caps, which they rejected.

The green activists, who braved the frigid temperatures and strong winds, dispersed after 20 minutes in front of the historic church.

Monica Zapata, one of the protesters, said the Green March’s message reached the people both inside and outside Saint Patrick’s. “The mission and the objective was to denounce the thieves and corrupt government.”