It’s up to you, Dominican leader tells Venezuela rivals 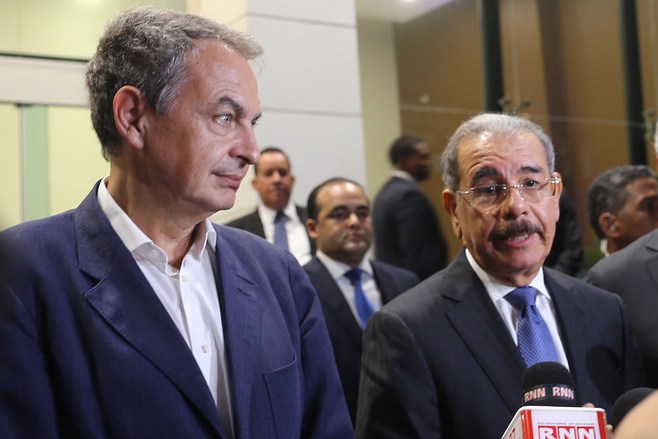 Santo Domingo.- President Danilo Medina on Fri. reiterated that the talks on the Venezuelan crisis will resume this Sun., a date he affirms has already been agreed the Government and the opposition, adding that “it’s their decision” if one of the parties doesn’t attend.

Medina, who arrived in the country afternoon, after participating in the World Economic Forum in Davos, Switzerland, said “it’s agreed with the parties. If they decide not to come it’s their decision.”

The chief executive arrived at Las Americas International Airport at 3:21, from Madrid, and was received by senior officials.