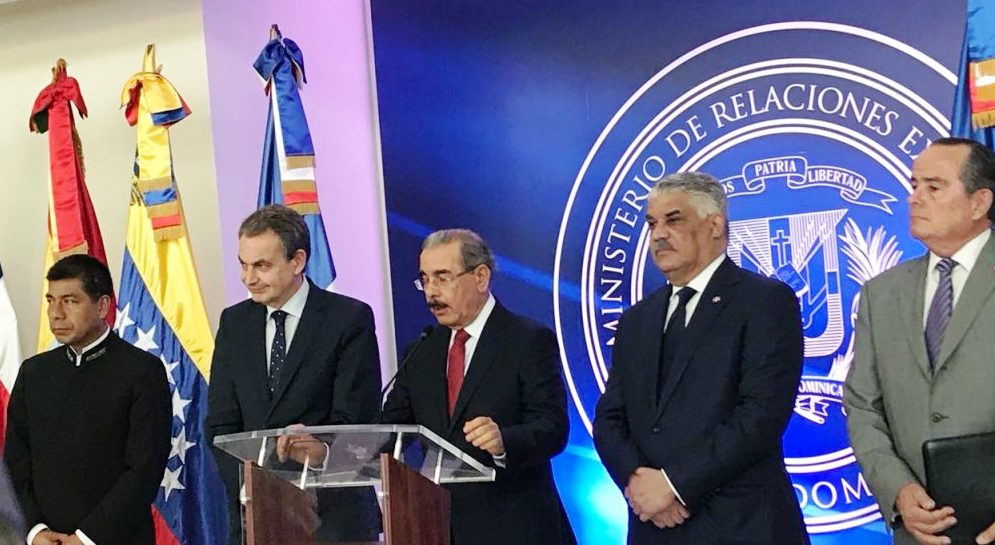 Santo Domingo.- President Danilo Medina on Wednesday said the talks between Venezuela’s Government and the opposition entered a phase of “indefinite recess,” resulting from the parties’ failure to reach an agreement to resolve that country’s political crisis.

an agreement was expected to be signed since yesterday the an end to the political crisis in, but Venezuela’s political opposition refused to sign the document drafted by the mediation team, and which was agreed by Nicolas Maduro’s government.

Medina said in the agreement drafted, and which was awaiting a signature, it proposed presidential elections on April 22.

“There’s no other way for the understanding of the peoples other than through dialogue,” the Dominican president said.