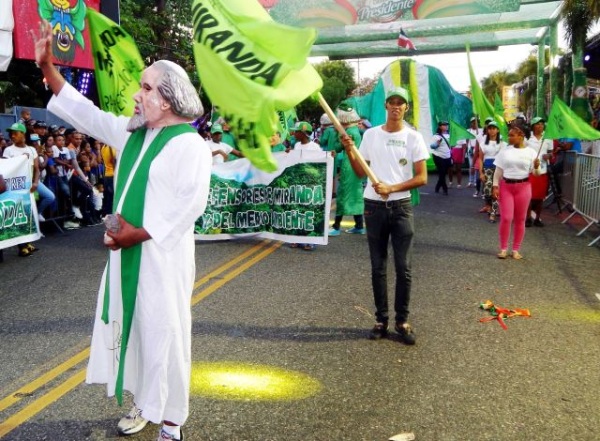 Cruz in a protest 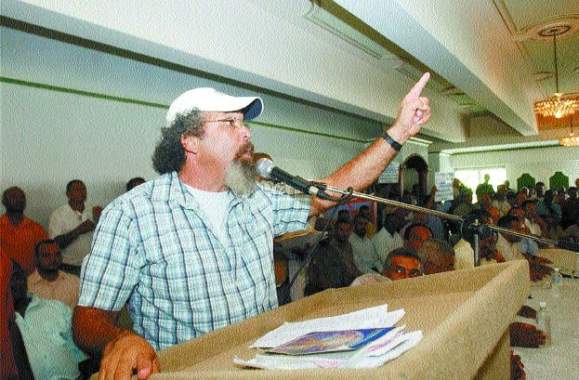 Santo Domingo.- Outspoken priest Rogelio Cruz on Thursday said he will disobey the order received on Jan. 19 to transfer to Colombia this week.

Cruz attributed the decision to the Silesian Order, of which he’s a member; to the mining and other “powerful” sectors of the country; for his defense of the protected area Loma Miranda (central) and to keep the planned gold mine at San Juan from materializing.

“Now they want me to stop that and dedicate myself to prayer,” Cruz said.

He said he’s willing to face expulsion because he will not leave the streets where he works with the poor.

He said he can do his job in the most humble sectors and pray at the same time.

“What I want is a space to work with the poor and the (Catholic) Church is denying me,” he said.

Interviewed by phone, he said his superiors believe he’s “ideologized.”

He had previously refused being transferred to Spain

Cruz, assigned to La Vega province, affirms that the mining companies had vowed to “take me out of circulation.”