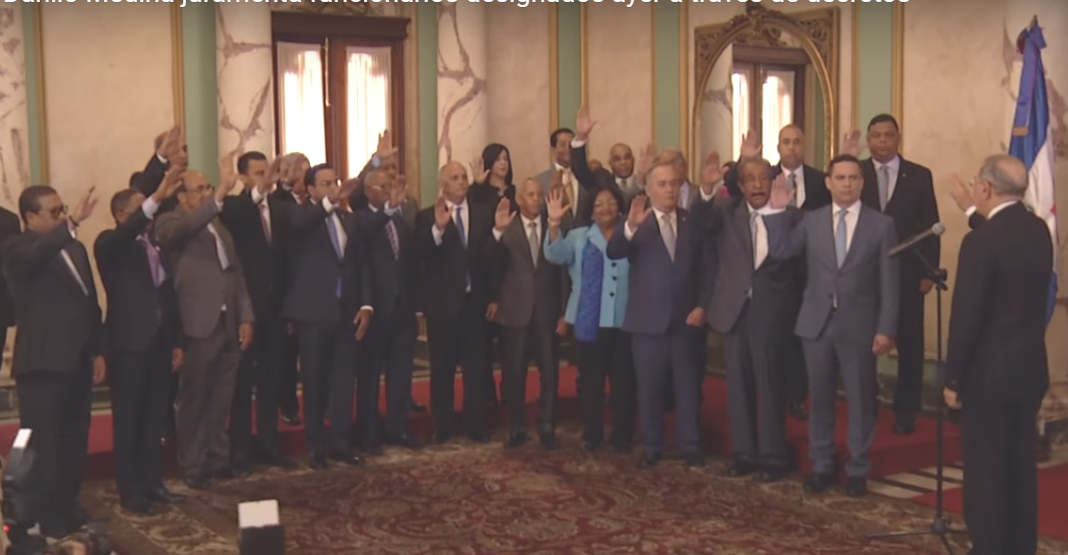 Santo Domingo.- Scandal was on tap at the swearing-in of the new officials appointed by president Danilo Medina, two of whom, Van Troy Suazo and Andrés Boció, were no shows as their criminal records immediately emerged

A third designee, Enrique Martinez, has a long record of scandalous sales of State Sugar Council (CEA) in the country’s East Region. He was named with the as-yet-known title of “Territorial Adviser to the Presidency.”

Suazo had been named Deputy Minister of Youth and  Bocio as Consul General in Anse-a-Pitre, Haiti. In the former’s case, Medina said “I didn’t know” that Suazo was being held on charges of beating his spouse.

Bocio, designated in 2014, was arrested by the Army Intelligence while smuggling 15 undocumented Haitians, and charged with trafficking people and forgery with visas during president Leonel Fernández’ administration. He was then dismissed from the post he had occupied since 2007.

In yet another scandalous measure, Medina accepted the resignation of prominent pediatrician Dr. Nelson Rodríguez, weeks after the physician had denounced cronyism and “ghost payrolls.”

Monegro then rejected his appointment by Medina as “Presidential Advisor in health matters.”