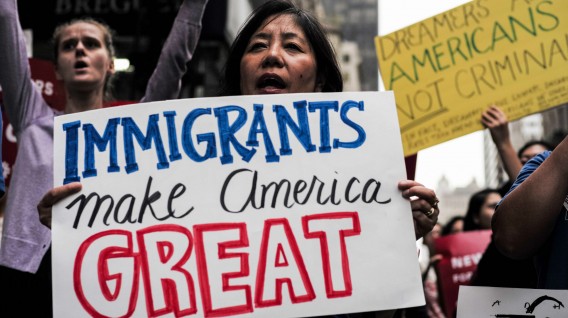 Washington DC. – Today, Representative Adriano Espaillat (NY-13) issued the following statement on President Trump’s decision to end the Deferred Action for Childhood Arrivals (DACA) program and efforts by the administration to attack immigrant families in communities around the nation.

“Since DACA was created, it has been transformative to the lives of young people and has resulted in economic gains for cities, states, and our nation as a whole,” said Rep. Espaillat.

“President Trump’s efforts to kill this critical program are heartless and will force nearly 800,000 young people out of school and out of the workforce. It will overturn their lives and the lives of their families, create disruption for businesses, and send shocks through the economies of states around the nation.

“I am inspired by DREAMers every day and it’s time Republicans stop using them as bargaining chips and finally give them the stability they rightfully deserve in the only place they’ve ever called home. With his decision, Donald Trump created a humanitarian crisis and now it’s up to us to find a solution to protect these young people. I vow to continue my work to find a path forward as we must be tenacious in our efforts until we’ve passed the DREAM Act to protect these young DREAMers once and for all.

“Regardless of your religion, color of skin, ethnicity, or cultural background, any immigrant coming to this country with a vision for hope, freedom and opportunity – for themselves and for their families, should always feel as though they belong here in the United States of America.”