A recurring name among ‘dismantled’ gangs 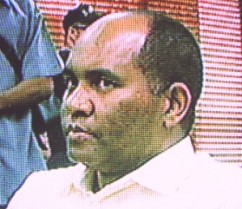 Santo Domingo.- Carlos Alberto Villavizar Guzmán is a recurring name in the arrests when criminal gangs are “dismantled” in the Dominican Republic.

Law enforcement agencies have linked him to several drug trafficking cases since the arrest of Army Capt. Quirino Paulino, in 2004.

Villavizar was arrested in 2005 after an extradition request made by the United States, which was executed in June that year. He was charged with forming part of Castillo’s drug trafficking network.

But on October 18, 2014, Antinarcotics (DNCD) said it dismantled “a powerful international drug trafficking network,” with alleged ramifications in the United States and Europe. It operated through the ports and Villavizar’s name figures as ringleader is.

The entire narcotics network was “dismantled,” when 54 bricks of cocaine were seized on August 21, 2014, in Sánchez Ramírez province.

He was sent to just three months of pretrial detention.

On Sunday the National Police reported the arrest of a group of hired killers, projection enforcers, kidnappers, drug traffickers and money launderers, on which Villavizar’s name resurfaced again.

In Sunday’s press conference the National Police said he was arrested along with his associate, Andreti Vallejo, and is linked to the recent murder of Virginia Veras.

Quoting Police sources, Listin Diario reports that the owner of one of the vehicles used by Villavizar’s gang, rented from a dealer in the capital, has no connection to the criminal group.

Luis Miguel Santana Levasseur was questioned by authorities but released shortly after.

Santana was part of the scheme presented by the Police during the press conference to show the ring’s operational function.