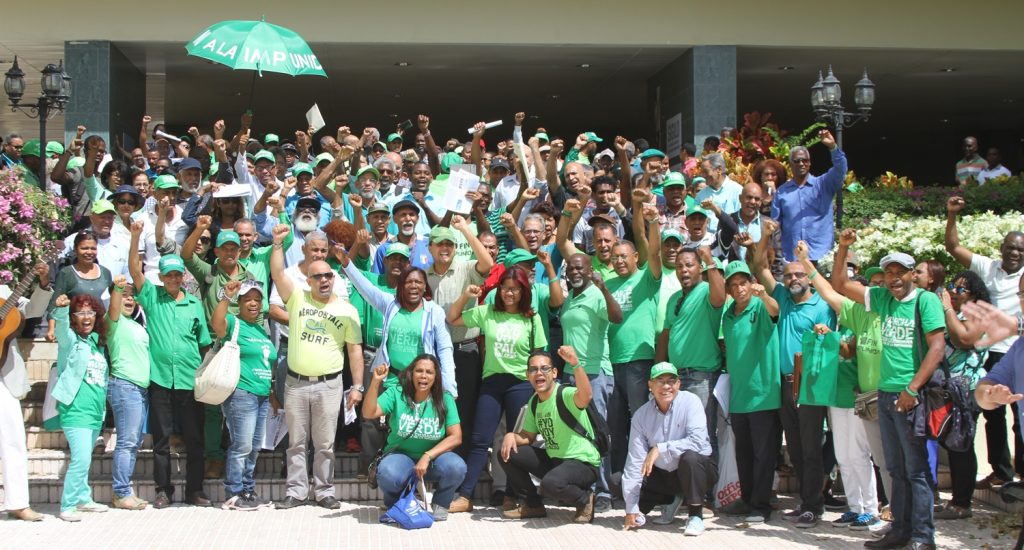 Santo Domingo.- The Green March anti-corruption movement is calling on the National Congress to remove all current Chamber of Accounts members from their posts on the grounds that their decision to assign themselves salary increases represents a violation of the national Constitution.

The campaigners say that the increase violates Law 105/13 on the Dominican State’s salary regulation and undermines the legitimacy of the regulatory entity that should serve as an example to all other institutions and to society as a whole.

According to the group, neither the Legislative branch or the citizenry should allow the Chamber of Accounts members to violate the Constitution and the salary laws with impunity by assigning themselves generous wage increases right after declaring that the body does not have enough funds to audit the institutions blighted by high-profile corruption cases.

“We are surprised that the Chamber of Accounts has taken the step of increasing their directors’ salaries at this time, after its president, Hugo Álvarez Pérez, declared less than five months ago that he could not investigate the Odebrecht projects due to lack of funds,” said a press release from Green March.

It adds that the Chamber of Accounts appeared to have set aside these funds for the private benefit of its directors, outside of the law and with scant respect for the people, who are demanding an end to impunity.

According to the campaign group, the salary increase violates article 140 of the Constitution that states that increases in wages in public institutions or autonomous entities can only be applied for the period after they were elected or appointed as active officials. Article 12, numeral 5 of Law 105-13 on salary regulation also stipulates a maximum wage of RD$350,000.