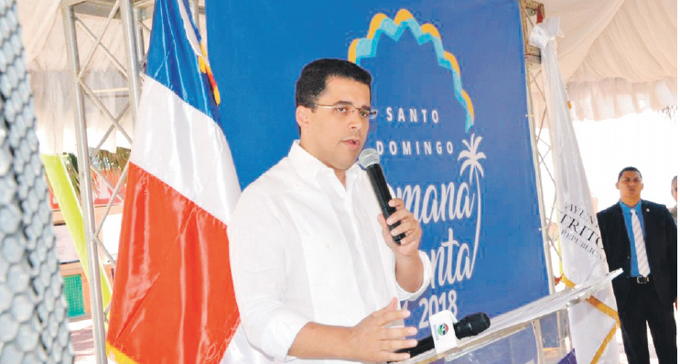 Speaking at a press conference Monday, Collado said that the program of activities would start at 9:00 a.m. and end at 5:30 p.m.

He said that the sports schedule would be supported by local sports associations like the National District Association of Domino clubs.

The closing event will take place starting at 6:00 pm on Sunday with a live concert featuring various acts and headlined by singer Mozart La Para.

Avenida de la Salud will be closed to traffic during Thursday and Friday, as well as the Malecon between Av. Máximo Gómez and Calle Socorro Sánchez, so that families can enjoy these thoroughfares during the 2018 Easter vacation.

The events are being organized in coordination with the Ministry of Tourism, the Tourist Police, the Dominican Red Cross and the National Police.

Mayor Collado also announced a mass clean-up campaign with more than 160 garbage collection trucks as of Thursday to make the most of the reduced traffic flow on the city streets so that the traveling public may return to find the city clean.