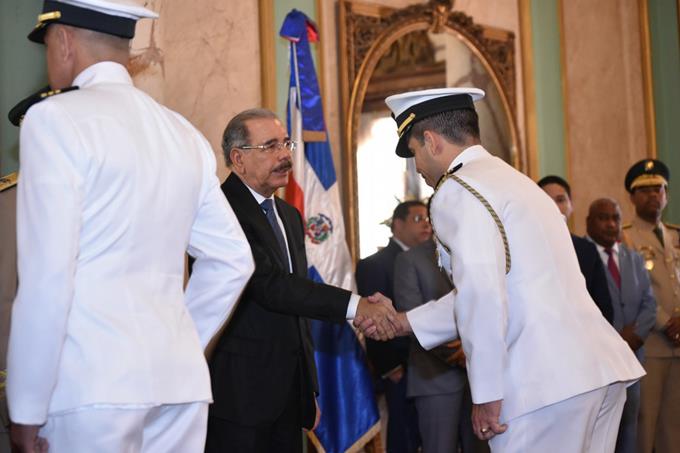 Santo Domingo.- The Executive Branch retired 235 high and mid-ranking officials from the branches of the security and military forces for length of service, including 12 generals. Three colonels were promoted to the rank of general and retired.

The Executive also promoted to the next rank and retired eight lieutenant colonels, 16 captains, 11 colonels and four majors, while the rest were retired with their existing rank.

Twenty colonels, 24 lieutenant colonels, 25 majors and 24 captains were retired with their present rank, all from the military.

With the exception of the six National Police generals, all of the officials who were retired belonged to the Ministry of Defense (Navy, Army and Air Force).

The officers will receive pensions for having completed the period established by law.