‘Right to nationality fully’ for mostly descendants of Haitians 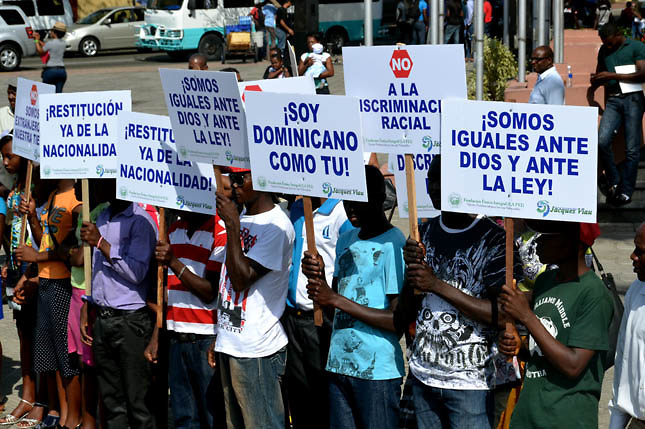 Santo Domingo.-  Despite that in its Annual Report of 2017 the Inter-American Commission on Human Rights (IACHR) acknowledged Dominican Republic’s actions to respond to the situation of those affected by Constitutional Court ruling of Dec. 2013, it calls to restore “the right to nationality fully,” of the mostly descendants of Haitians.

The CIDH also urged that the provisions of Law 169-14 “based on considering foreign persons born in Dominican territory who are offspring of foreigners in an irregular situation” be revoked.

In the report, published on March 22, the IACHR asks the State to adopt “the necessary measures to put an end to the practices tending to deny Dominican nationality to persons born in the territory because of the origin of their parents or ascendants, “and” the immigration status of their parents.”

The recent report makes the comments despite the Commission’s note that it received sufficient information regarding the State’s measures which could gradually contribute to surmount the conditions that led to the country’s inclusion in the 2016 Annual Report. The chapter, known as the “black list” deals with the human rights situation in countries of the region that requires special attention.

For the 2017 report, the Dominican Republic was taken off the “black list” and then included in Chapter V, which breaks down the follow-up to the recommendations in previous reports.