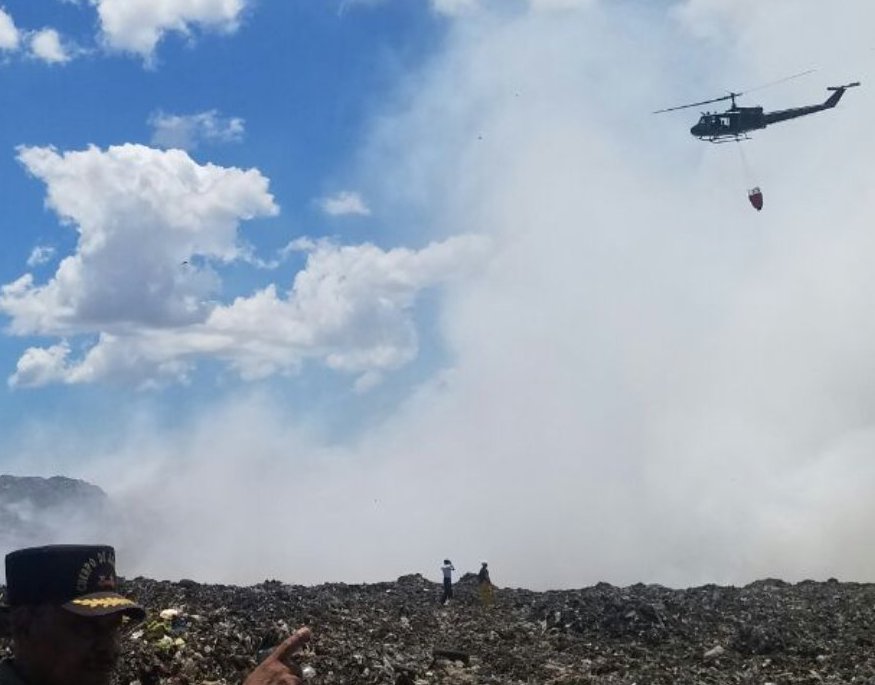 Santo Domingo.-  It’s not the first time that public health is threatened by a fire in the Duquesa landfill, which spews combustion gases, which puts its surroundings at risk.

On Tues., an Air Force helicopter was dumping water in an effort to douse the blaze, allegedly sparked by an ember from a nearby farm.

Some locals quoted by El Dia affirm that the “the dump has caused a curtain of smoke contaminating the air and making difficult the breathing of the nearby towns and even those that reside far away.”

“Children are the ones who suffer the most. During the night the black smoke from the landfill spreads in the area constantly, cutting off the breath. We ask for the closure of the dumpster,” said Eulogio Paredes, principal at a school north of Santo Domingo,