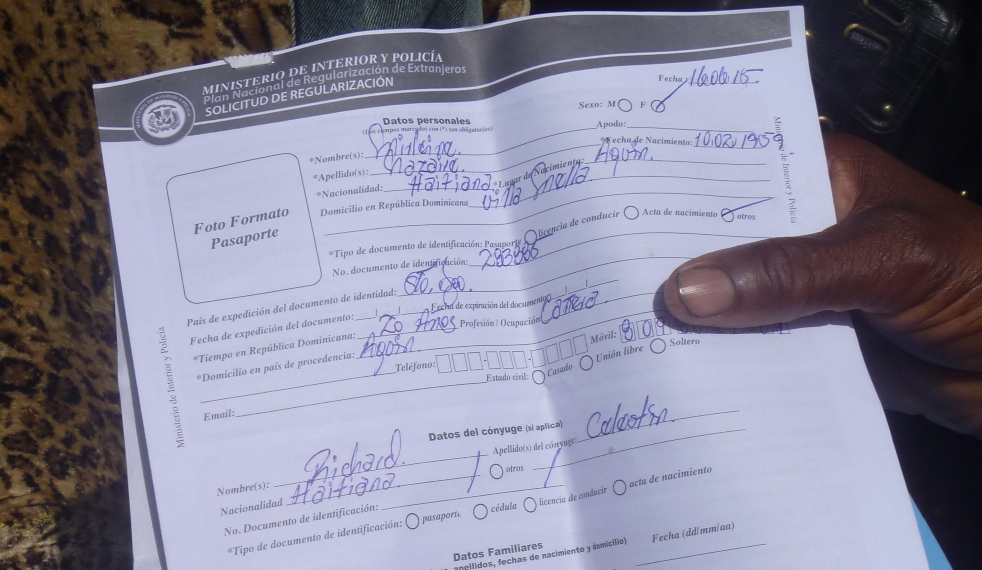 Santo Domingo.- Foreign minister Miguel Vargas on Mon. denied that the meeting between Govt. and civil society representatives with the Inter-American Commission on Human Rights (IACHR) will address the acquisition of nationality and immigration (public policies post-ruling 168-13: Law 169-14 and the National Plan to Regularize Foreigners), as reported by that body.

“It’s not going to touch any issue related to the Dominican Republic, it’s a meeting of an international nature, of an inter-American nature, but which has nothing to do with any issue that corresponds to the country’s situation,” he said.

“We are sovereign, we are the only ones who have the right to bestow ourselves the Constitution and the laws that we understand are more convenient for the democratic and republican exercise of the country,” the official said.

There’s no date for the meeting of the working group, but the IACHR said on its website that among the topics to be discussed are the “State measures necessary to guarantee access to documentation, on equal terms and without discrimination and increase roads for effective access to the civil registry, measures to guarantee birth registration, in equality and without discrimination, including late registration of births.”

Moreover, the integral compliance with Law 169-14 that allows to reach its total fulfillment and measures to facilitate the means that guarantee the effective access of the population to its documentation.

It also includes mechanisms to investigate and address the potential cases of those people born between 2007 and 2010, who never had a record of their birth and who didn’t apply to the procedure established by the Law, as well as the children of mixed couples.