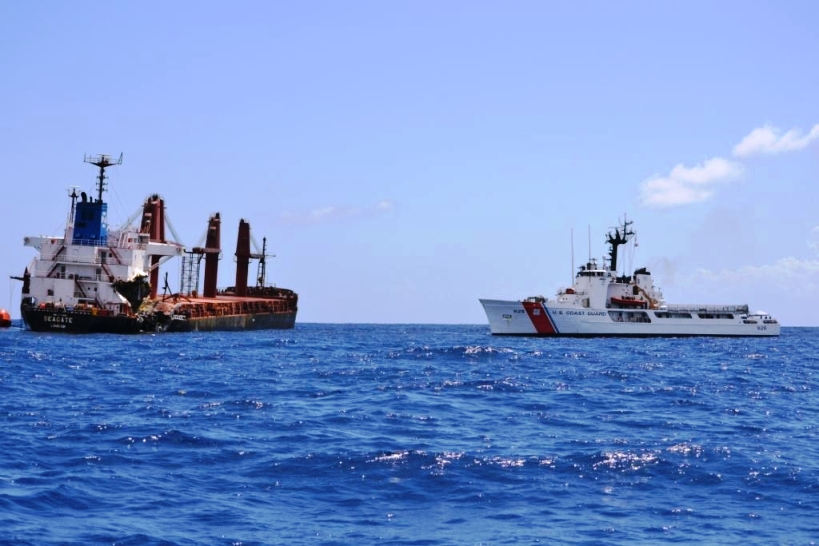 AMO crews spend many hours patrolling the Caribbean region to discover smuggling ventures into US territory,” said Johnny Morales, Director of Air Operations. “We remain committed to work with other law enforcement partners to detect and deter these intrusions.”

Near 9:00 a.m., the vessel made contact with a different vessel and transferred several packages that appeared to be contraband. The AMO crew started tracking the vessel that received the packages as it continued to make a course towards the south part of Puerto Rico, contacting the USCG and the Puerto Rico Police Joint Forces of Rapid Action (FURA) for interception.

USCG recovered 22 bales of contraband and took custody of 2 men, a U.S. Citizen from Puerto Rico and a Dominican Republic national, who are now in the custody of federal law enforcement authorities in Puerto Rico, where they are facing potential prosecution.

The crew of the Richard Dixon later rendezvoused with and transferred the contraband and detainees to the Coast Guard Cutter Heriberto Hernandez for transport to Coast Guard Sector San Juan where Drug Enforcement Administration Financial Investigative Team Special Agents in charge of the investigation took custody of the case.