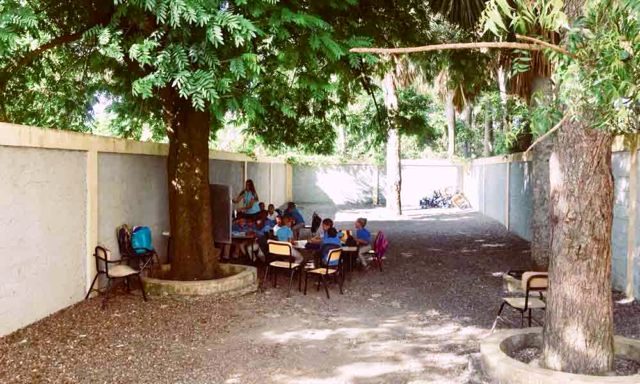 Students in class under trees. Photo courtesy of El Caribe

Santiago.-  The lack of classrooms forces some of the 800 students of the Josefa Rosario school in Santiago to take classes under trees, crowded and even split into three grades in the same room.

The town awaits a new school whose completion has been delayed  over three years on failure to pay the builder.

To deal with the overcrowding, neighborhood boards as well as the PTA are staging a vigil in front of the construction site to demand its conclusion.

The situation also questions the government’s touted advances in public education, which gets as much as 4 percent of the national budget.