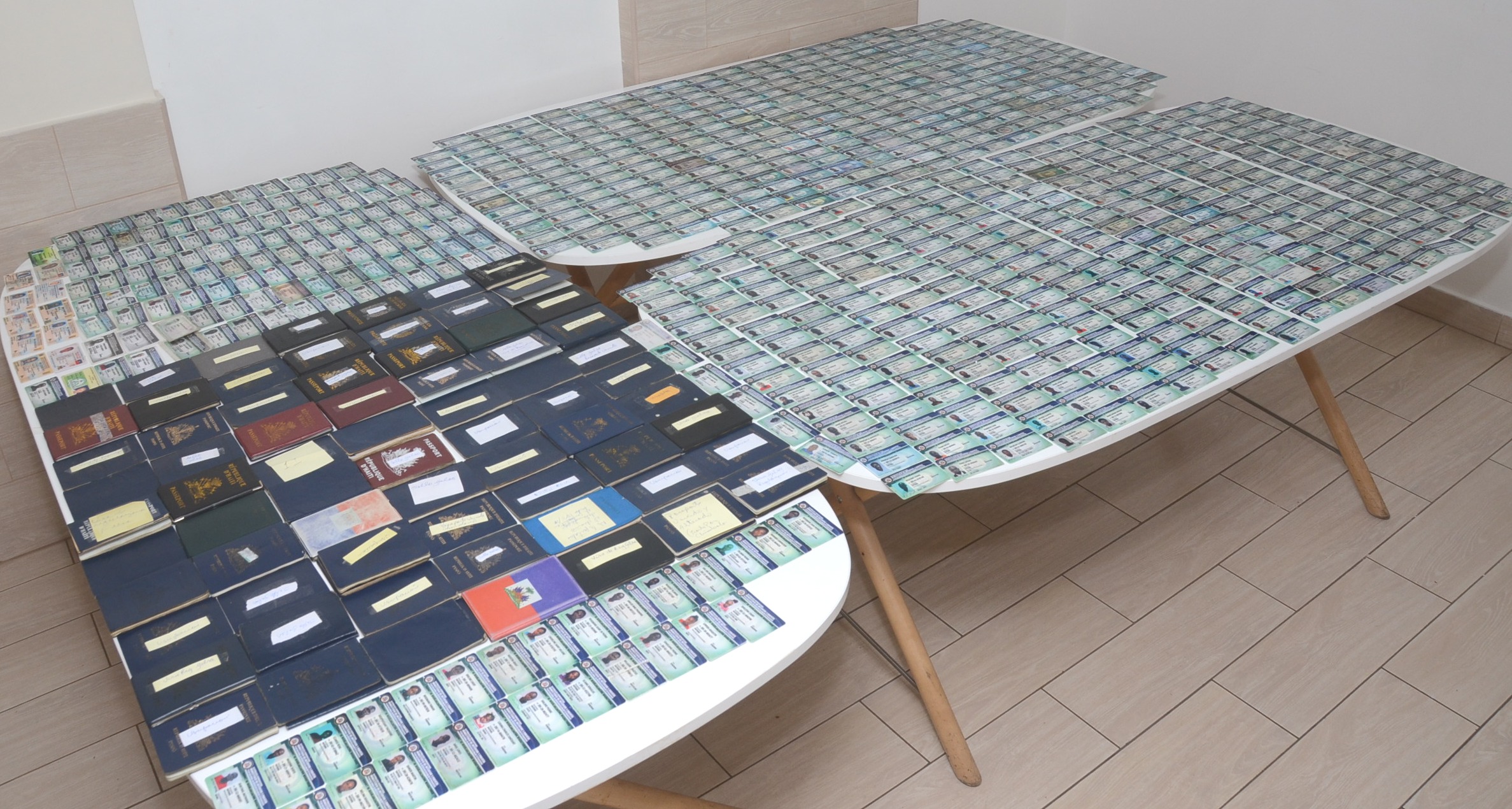 Cedulas and passports seized by Immigration

Santo Domingo.-  The Immigration Agency (DGM) on Thursday said it confiscated 1,762 forged documents seized during searches in different parts of the country

The institution said the documents include 258 irregular Haitian passports, 48 ​​altered Dominican identity cards, 284 copies of documents, 598 authentic IDs in possession of other persons and 574 fake cards of the National Plan to Regularize Foreigners (PNRE).

“The confiscations were made during the last weeks in the provinces of the border area, Northern region, and Greater Santo Domingo, during operations instructed by Immigration director, Máximo William Muñoz,” the agency said in a statement.

It adds that in raids conducted in previous months, it seized an additional 3, 408 forged cards and copies of the PNRE, as well as foreign passports and altered Dominican IDs (cedulas).