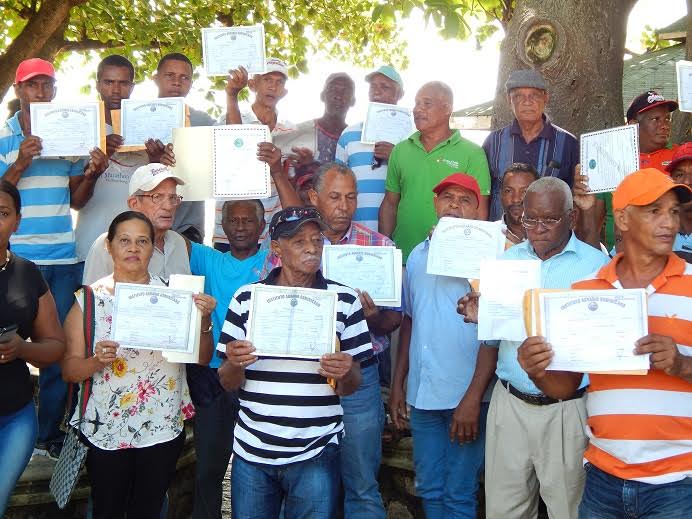 Enriquillo, Dominican Republic.- Farmers of the “Luis Manuel Caraballo” Agricultural Project of the Dominican Agrarian Institute (IAD) on Sat. complained of harassment after the Government has militarized their lands.

Farmers spokesman Alonso Grillo said that through the IAD the Government has deployed 22 soldiers who patrol the lands.

He said the soldiers are no longer there to protect the borders, but to “scare” the land owners, and reiterated that the government hasn’t complied with their list of demands.

“Nobody can move” from the panic, Grillo said. “Those armed men with long weapons have implanted terror, crisscrossing the premises on several military vehicles.”

He called on the Government to be more tolerant with the farmers, since 4 years ago they leased their lands for banana plantations, from where they would receive a cut from the harvest.