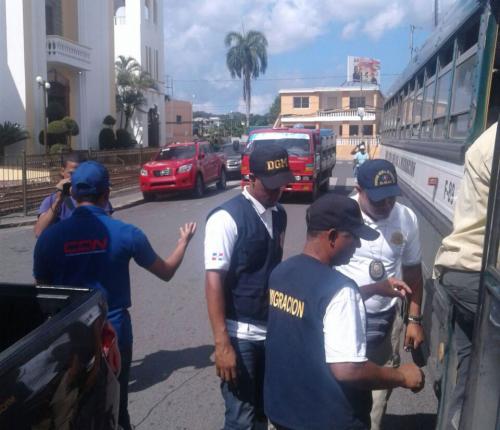 Santo Domingo.- The Immigration Agency on Thur. said it arrested 516 foreigners, and after background checks, proceeded to deport them to their countries of origin.

He said Immigration inspectors, supervisors and agents conducted the sweeps supported by the Army, the Justice Ministry and the National Police.

Muñoz added that 24 raids have been conducted in as many provinces during the last few months, “and we reiterate that these sweeps will continue in other parts of the country, respecting the rights.”