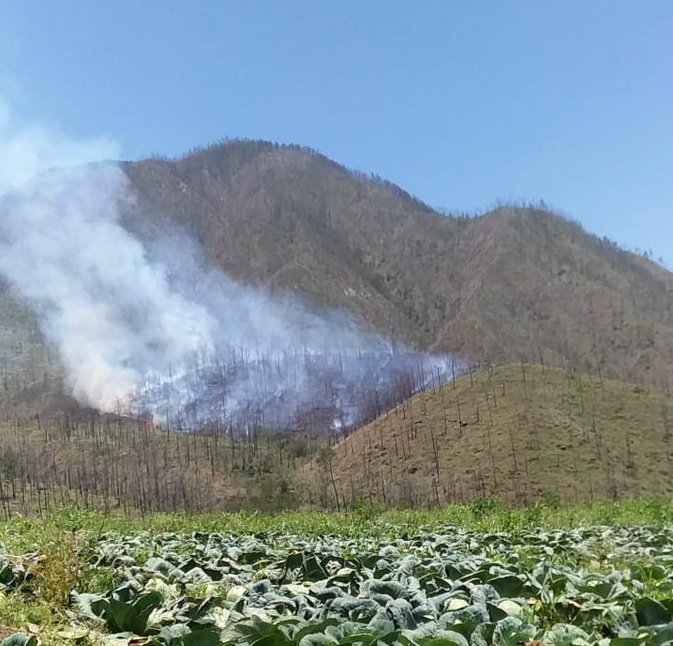 The blaze that occurs precisely on Environment Day, began in the same area where two years ago another fire wiped out thousands of hectares of forests.

Outlet El Dia reports that the information was provided by agronomist Claudio Caamaño, who was coincidentally in the area preparing an activity next weekend to honor the late freedom fighter Francisco Alberto Caamaño, hosted by his Foundation.