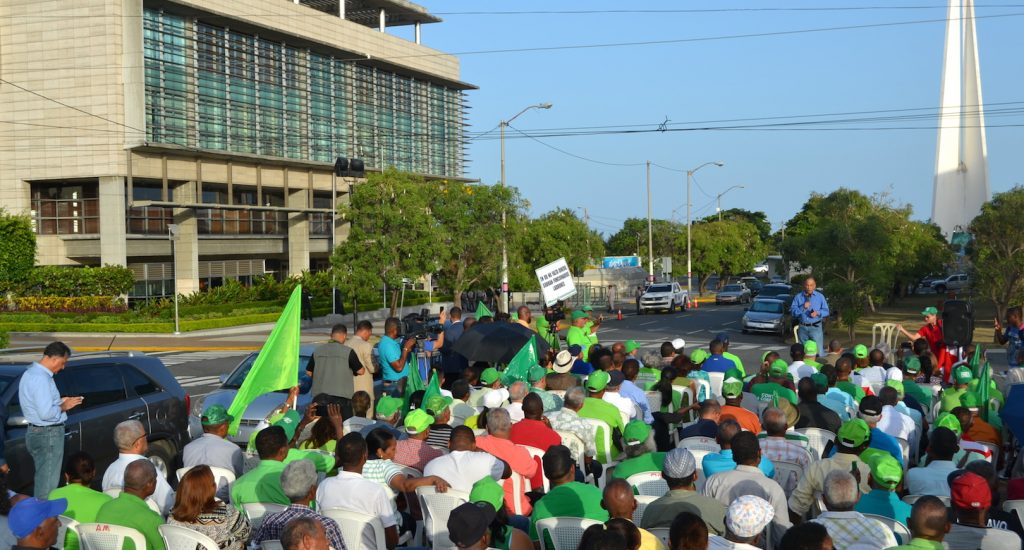 Santo Domingo.- The Green March on Tuesday said president Danilo Medina and ruling party (PLD) boss Leonel Fernandez, exert a total control over State institutions to deny true and independent justice in the Odebrecht case, for which only active and mobilized citizens can avert impunity.

As part of the conversation “Odebrecht and the power of citizenship” held in front of the Supreme Court on Tues., the Greens said Justice minister Jean Rodriguez since the first day has sought to quell the investigation into Odebrecht.

They say the maneuvers would prevent the possible overvaluation by local partners of the Brazilian company and illegal campaign financing by the multinational from being included in the indictment, “all to defend the interests of their party,” the PLD, and “the interests of their bosses,” Medina and Fernández.

“In addition, it’s quite evident that the business leadership is not interested in justice, or that Punta Catalina be investigated. There is a conspiracy between the ruling elite and the economic elite to prevent justice from being applied and for the people to recover the billions that Odebrecht has surely stolen from the Dominican people,” the Greens said in a statement.

The Greens call on all citizens and social organizations to fight corruption and impunity.

“O-Day” or “Odebrecht Day” will be a rally in front of the Supreme Court to remind the judges, the accused and the country that the Dominican people “demand jail for the corrupt, recover what was stolen and cancellation of the contracts with the mafia company.”