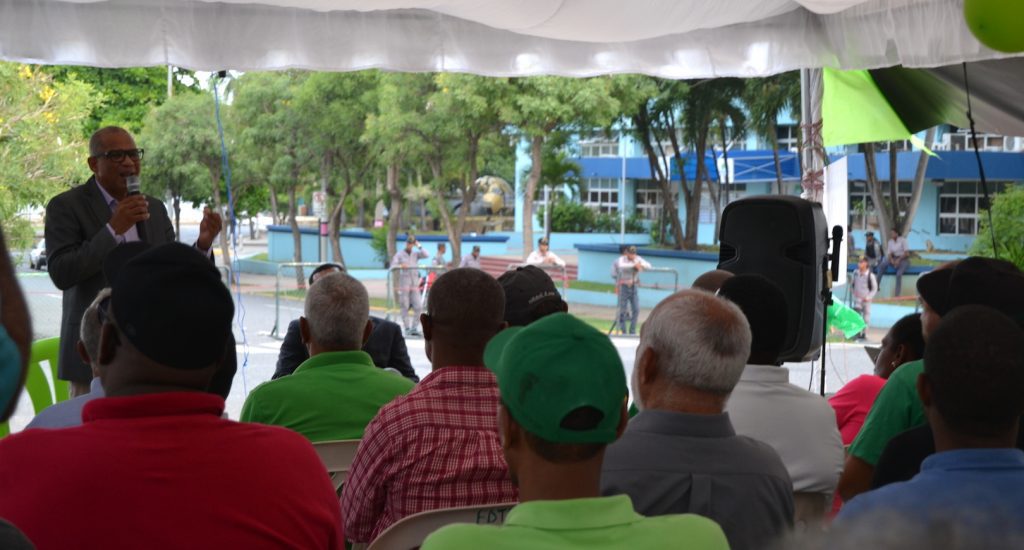 Santo Domingo.- Transport sector leaders on Tuesday warned that govt. corruption has reached levels of persecuting and murdering people who stand in the way of those who steal taxpayer money.

Speaking as panelists at the “Green Resistance Camp” on corruption in the Dominican Republic, Drs. Soto Lara and David Ruiz cited cases of contract killings such as the murder of Yuniol Ramírez, linked to Metropolitan Bus Services Office (OMSA) director Manuel Rivas. “Those killings are increasing in Dominican society by the mafia character of the hegemonic political actors.”

According to experts, the murder of Ramírez and of several bus drivers in Santo Domingo stem from the extreme length which corrupt politicians are willing to go “to continue stealing citizens’ resources and perpetuating themselves in power.”

The panel also cited several examples of collusion between structures or teams of assassins, political actors, public officials and members of the justice system, as well as the mechanisms that are often used in the country to assassinate political or social adversaries from government agencies.

“Corruption is already killing, assassinating whoever is resisting it. Either we stop it or we can enter into a situation of conflict and dramatic violence, as it happens in other countries of the region,”  the Green March said in a statement read at the Green Camp set up in front of the Supreme Court.