Like its neighbor, highland town full of rivers demands water 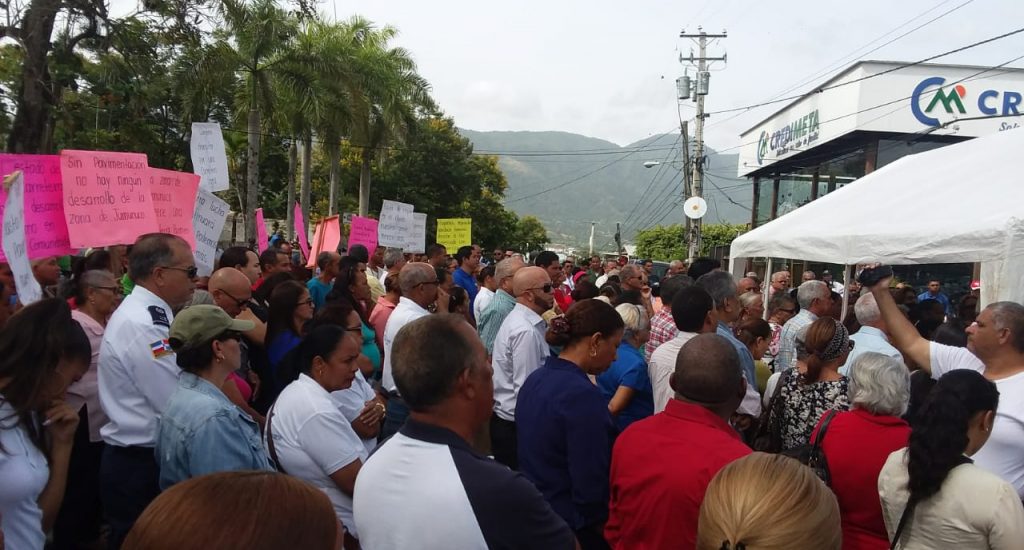 Jarabacoa, Dominican Republic- With chants, pickets, reciting folk poetry and holding mass in the middle of the town’s main street, representatives of various community organizations staged a peaceful protest Wed., to ask the government to build the aqueduct , a treatment plant and paving the Jarabacoa-Jumunuco road.

According to Jarabacoa Support Council president José Tejeda, despite that the highland city is crossed by three major rivers, the central sectors haven’t receive enough water in recent months which he blames on their “obsolete aqueduct.”

The Yaque del Norte, Jimenoa and Baiguate rivers run through Jarabacoa, whose neighbor to the north, Baitoa, has already suffered from the lack of a proper aqueduct for decades.