Use of troops to fight street crimes is nothing new 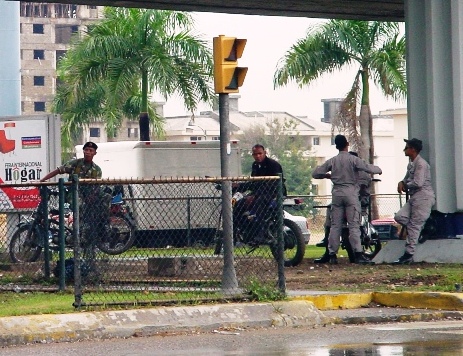 Santo Domingo.- One recourse that the Govt. has employed in the last six years is the use of troops in street patrols when crimes surge, which this year will not be the exception.

The two bank robberies in less than a month, the murder of a female jewelry store clerk in a holdup and the gunfight between police and alleged assailants who killed an officer and an alleged criminal, are some of the incidents that have triggered the alarm among authorities, as society cringes.

President Danilo Medina on Wednesday admitted a surging crime wave. “We will return to the streets, because it had declined noticeably, but there is again an outbreak of violence that must be faced in a determined manner.”

Moreover National Police director Ney Aldrin Bautista said as of Wednesday the mixed patrols will put an end to the “thugs and common criminals” that are unnerving the country.