Beryl, 1st of hurricane season, chugs toward the Caribbean 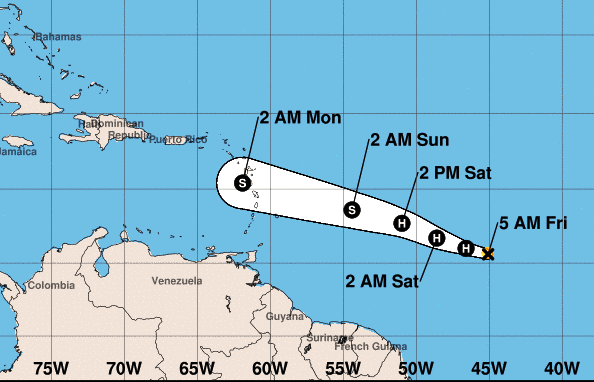 Santo Domingo.- Hurricane Beryl, the first in the current Atlantic hurricane season, was around 2,080 kilometers east / southeast of the Lesser Antilles early Fri. with maximum sustained winds of 75 miles per hour and moving westward 18 miles per hour.

The National Weather Office (Onamet) said it monitors the evolution and movement of the tropical system.

It said it also monitors another area located several hundred miles southwest of Bermuda, which has a potential of 30% to become a tropical cyclone in the next 48 hours. The latter system, due to its predicted trajectory, doesn’t pose danger to the Dominican Republic.