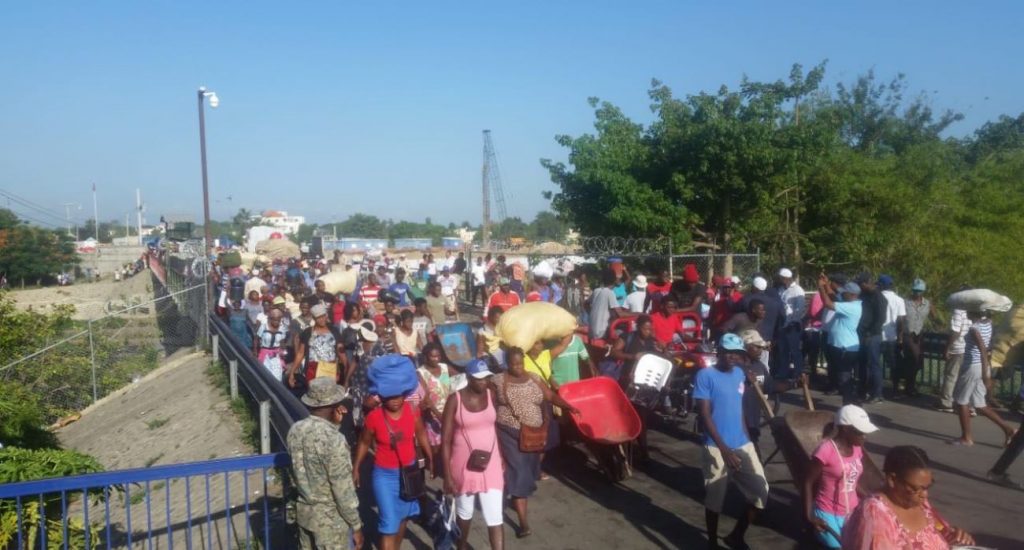 Dajabón, Dominican Republic.- Despite Haiti’s recent violent protests, the Dajabón border crossing was opened at 8am when a throng of Haitian buyers and merchants entered Dominican territory.

The bi-national market is being held normally, although under strict security by the Dominican Border Guard and the Army.

The Customs and Immigration offices also working normally on the Dominican side and it was reported that the Dominican consulate in Ouanaminthe, Haiti, will also operate today.

Traders however say that sales are down.

Some Haitians quoted by local media affirm that in Ouanaminthe, northeastern Haiti the situation is normal, noting that the violence occurs mostly in the capital Port-au-Prince.