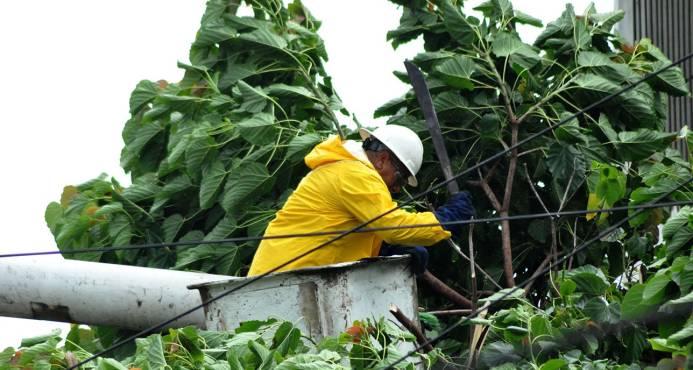 Santo Domingo.- The Electricity Distribution Company of the East (EDE Este) on Tues. said the rains and electrical storms from a tropical wave have knocked out power to tens of thousands of customers, mainly in Greater Santo Domingo.

In a statement, the distribution utility said that the downpours and electrical storms sparked dozens of breakdowns early Tuesday to circuits of Santo Domingo North, Santo Domingo East, the National District, San Pedro de Macorís and Monte Plata. It adds that its crews work to restore power as soon as possible.