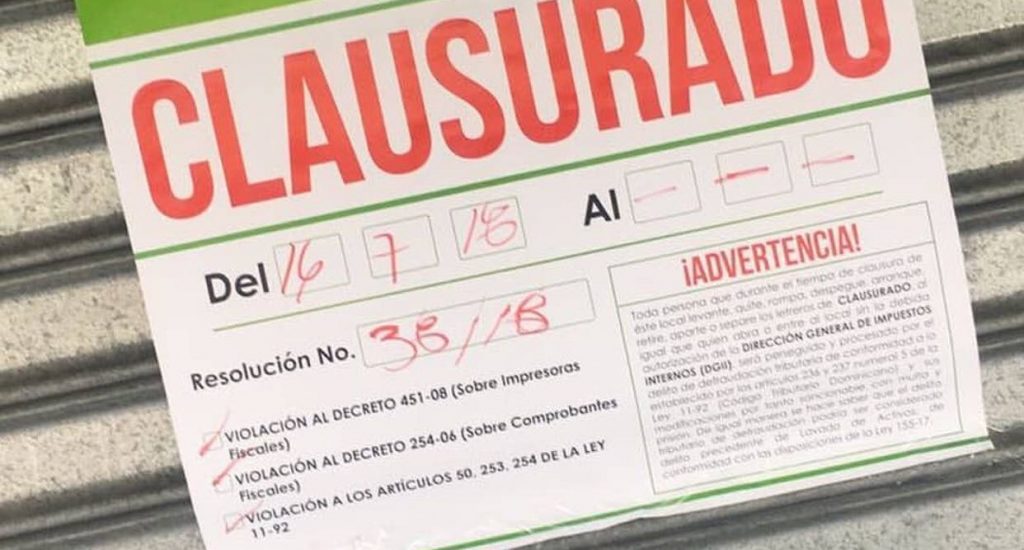 Santo Domingo.- The Internal Taxes Directorate (DGII) on Monday shuttered the terminal of Metro bus company for failure to utilize fiscal printers and tax receipts, as well as violation of Tax Code Law 11-92.

The notices placed at the downtown bus terminal of Dominican Republic’s biggest bus company, say that the company had violated several articles of the Tributary Code.

Local media report that DGII officials arrived around 6:30am and ordered the doors closed and the staff evacuated, proceeding to place the notices “Closed by the DGII” on all the doors even on the perimeter fence.