The military nabs over 4 tons of garlic at border 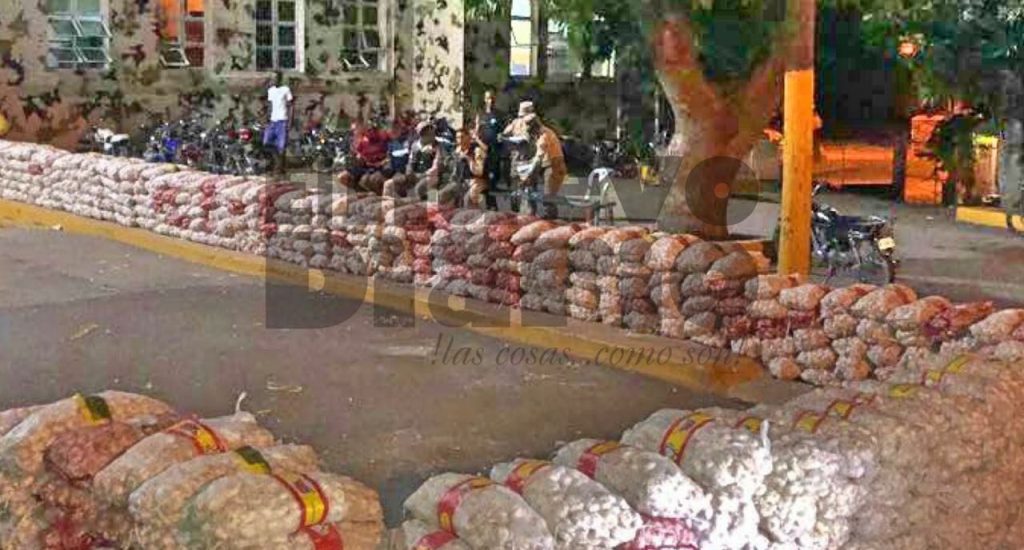 The confiscation was carried during a major operation led by Gen. Sugar Putzi Frugis Martínez, and the garlic was seized in a trench in the Palo Blanco community of Dajabon province.

The military had to remove large amounts of rocky material, soil and shrubs, to each the contraband, of 424 sacks of garlic, totaling of 9,328 pounds.

In a statement Cesfront said the cache was transported to the Interagency Headquarters in Dajabón.