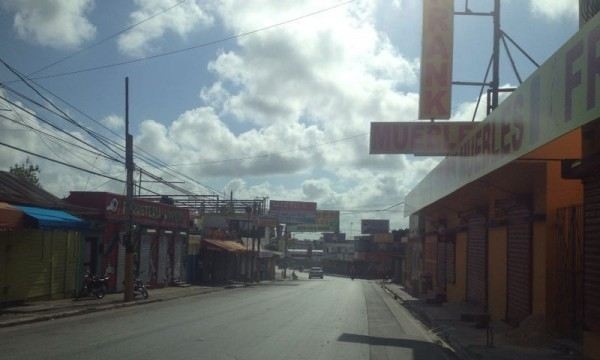 A file photo of a similar Higuey strike, main street

Higuey, Dominican Republic.- Hundreds of hotel workers have found it difficult to commute to the Punta Cana resort region since early Thursday, as the city’s traffic, businesses and schools were shuttered to protest the constant blackouts and demands of public works.

Higüey social organizations and neighborhood boards called the strike, leading to a total shutdown of public and tourist transport and businesses as of 8am.

Many employees remain stranded at the bus stops,.

Julio César Cedano, spokesman for several organizations of Higüey, warned that the strike could be extended for more than 12 hours if the utility EdeEste fails to supply more hours of electricity.

He said the “24 hours of energy program” collapsed in the municipality.