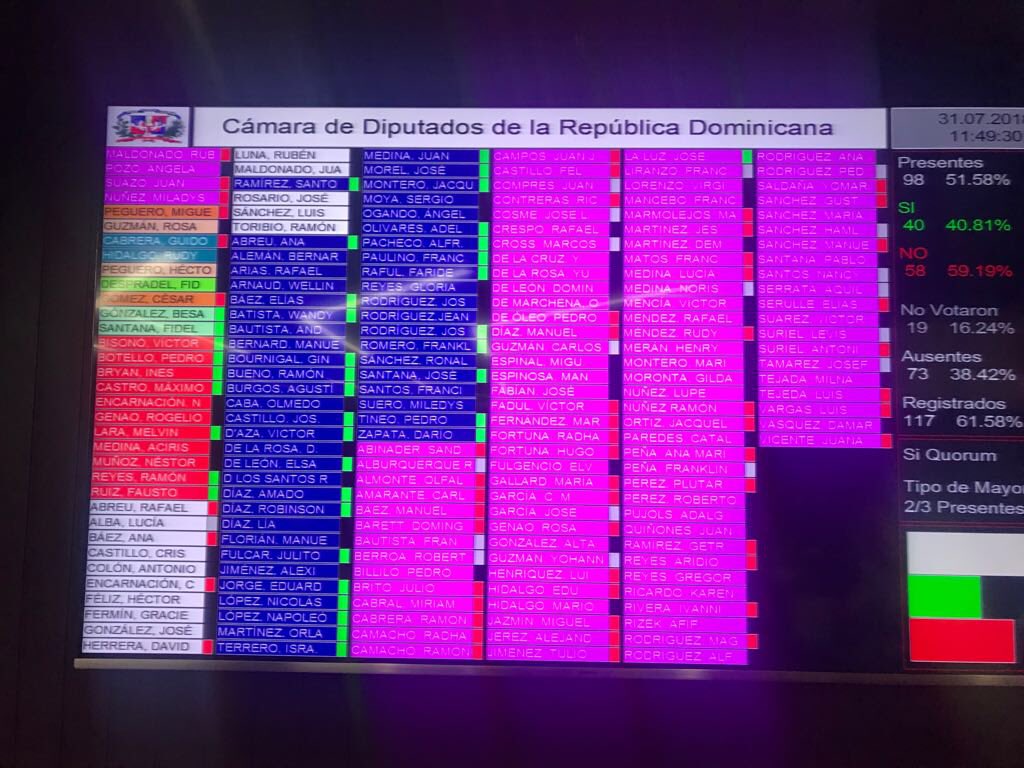 The votes for and against debating the bill.

Santo Domingo.- Once again, the members of the Chamber of Deputies, most of them representing the ruling PLD, voted against discussing a bill from the opposition PRM deputies requesting the formation of a commission to investigate the payments made by the Dominican government to companies linked to Brazilian publicist Joao Santana and his wife Mónica Moura.

This is the sixth time that legislators have blocked the proposal made during Tuesday’s session by deputy Francisco Paulino.

Of a total of 98 deputies in attendance, 58 voted against changing the agenda to include this bill, which seeks to scrutinize the payments of almost RD$1.4 billion to president Danilo Medina’s former campaign advisor Joao Santana who is currently in prison in Brazil for his links to the Lava Jato case.

The proposal, signed by legislators Francisco Javier Paulino, Faride Raful, Agustín Burgos and Robinson Díaz was first submitted July 12th and requests the designation of a special commission to investigate the legality of these contracts granted to the Brazilians between 2012 and 2016, for publicity and communications advice.