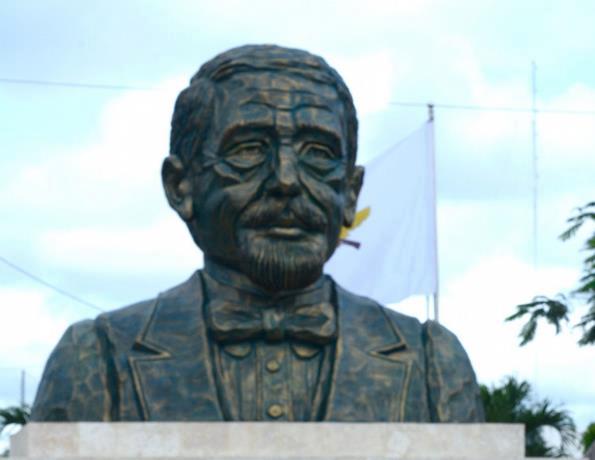 The controversial statue. Image from listindiario.com

Santo Domingo.- In the wake of the controversy that erupted following the recent inauguration of a bust of the leading founding father of the Dominican Republic, Juan Pablo Duarte opposite the city’s Plaza de la Bandera, the Duarte Institute informed that it would be holding consultations with painters, sculptors, portrait artists and photographers to reach a consensus about the portrayal of the founding father.

Public reaction to the statue was overwhelmingly negative, with many suggesting that it resembled current president Danilo Medina more than Duarte.

“We need to justify this from an artistic point of view, so that we can decide what changes need to be made,” said Institute vice president Wilson Gómez.

He was speaking during a visit by members of the Duarte Institute to the Presidency and Chamber of Deputies to request that a legislative bill on patriotic symbols, which has languished in the National Congress for several years, be added to the Chamber’s agenda.

“We reiterate that the image is far from a likeness of Duarte,” declared Gómez.