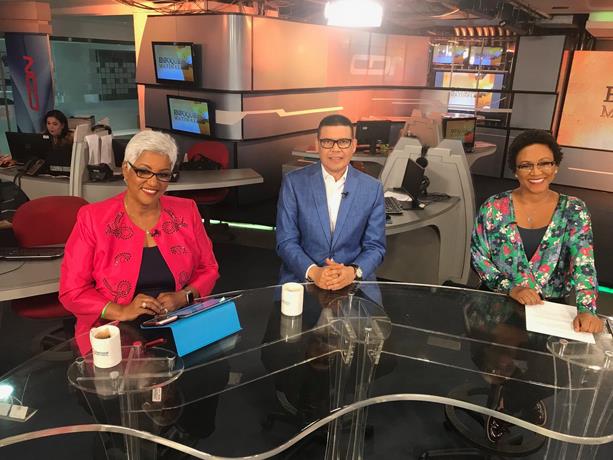 Santo Domingo.- Journalist Altagracia Salazar announced her departure Friday, along with co-hosts Edith Febles and Ricardo Nieves, from Channel 37 CDN’s morning news show Enfoque Matinal, apparently as a consequence of their reporting on the irregularities in the selection process for prosecutors.

Salazar posted a farewell message on Instagram, directly accusing the ruling PLD party: “Goodbye to CDN. The PLD’s intolerance has taken away another space for decent journalism.”

She said that they had left the show because the channel owners wanted to force them to share airtime with a group of government-supporting journalists. Salazar, one of the most respected figures in Dominican journalism, is an active anti-corruption and impunity campaigner in the Marcha Verde movement.

According to her statement, as of Monday the program will be hosted by Nelson Rodríguez, together with a brother of Osvaldo Santana, director of El Caribe newspaper.

During today’s show Edith Febles said: “If asking the relevant questions and exposing worrying information about the prosecution service and its selection process for prosecutors means I have to leave this chair, I will leave it with great pleasure, not just once, but one thousand times.”

Nieves tweeted a photo of his two co-hosts with a simple message: “Hasta luego.” – See you soon.

Since Febles, Salazar and Nieves arrived at Channel 37, Enfoque Matinal established a reputation as one of the most incisive news shows on Dominican television. All three experienced journalists are well known for their unsparing criticism of government corruption.