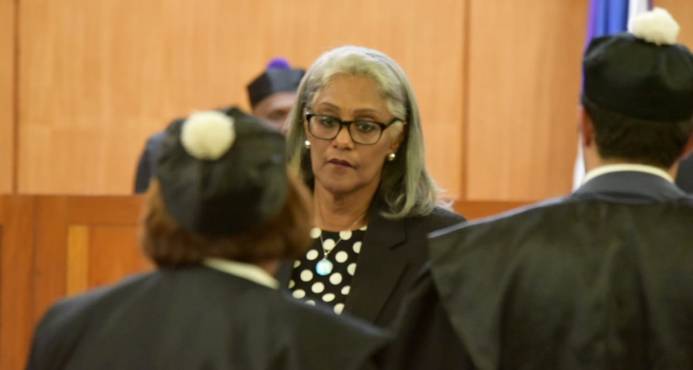 The measure was taken in the wake of the scandal in which Castillo is involved, together with another ten individuals who are accused in connection with the irregular sale of land in the Los Tres Brazos neighborhood. Judge Alejando Vargas imposed half a million pesos bail, exit ban and regular appearances on Castillo as well as Irving José Cruz Crespo, former legal adviser at Corde and surveyors Ana Antonia Ozuna Nolasco and Hadonis Ruiz Mella.