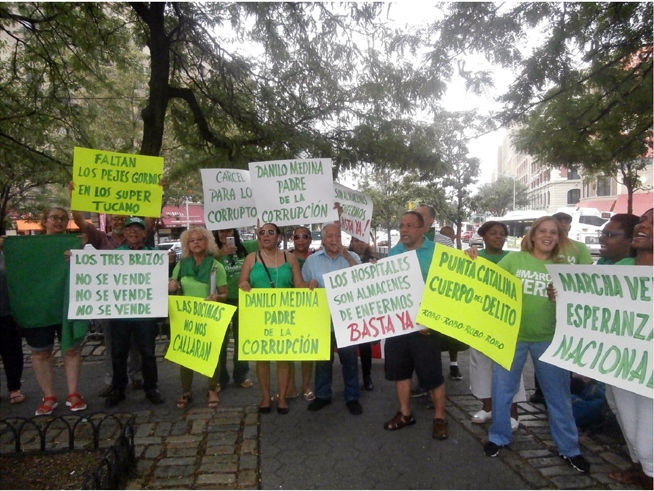 New York.- Marcha Verde (Green March) leaders in New York on Tues. called on Dominicans to reject corruption and impunity in a rally on Manhattan’s 6th Av. next Sunday, simultaneously with the March of the Million in Santo Domingo.

Green March spokesman in New York José González said Dominican citizens send a clear and forceful message that the Institutional disorder in the Dominican Republic’s Government, led by Danilo Medina and the PLD party, will no longer be tolerated.

He said they also demand transparency, honesty and social inclusion of the people, with justice, equslity, health, education and housing.

In a press conference in Upper Manhattan’s Juan Pablo Duarte plaza, the activist said he expects the massive support in Sunday’s protest to demand honesty from the men and women in govt.