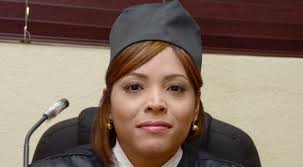 “Those decisions are made by the Judicial Power Council, and I, as President of the Supreme Courte of Justice, have no authority to speak about this,” Germán told reporters after a symposium on the Penal System Reform.

It emerged that the Judicial Power Council had suspended Padilla after she ruled to release Mariano de Jesús de la Rosa (El Viejo) and Robinson Martinez, both linked to a ring that allegedly trafficked over 500 kilos of cocaine.

The detainees were released after the prosecutor left the proceedings and declined to file charges against the accused.