Police must follow a protocol to apply the use of force 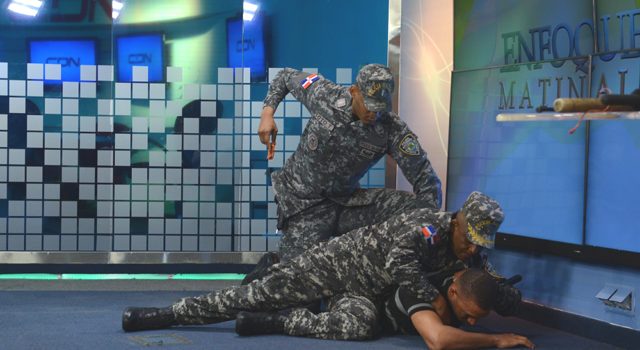 Santo Domingo.- National Police director Ney Aldrin Bautista on Thurs. said he met with all regional directors and commanders to assess their tenure and show them a protocol to apply the use of force only when necessary.

“Based on an entire protocol that was shown by Criminal Intelligence for the police to work with energy, to apply the use of appropriate force when necessary, but to maintain respect for the citizen,” he said.

The police adopted the measure in the heels of several incidents in which officers were involved in clashes with citizens. The most recent was the case was José Silvestre, 24, who was shot twice allegedly by a Lieutenant Colonel, in a confusing incident last Saturday in Hato Mayor (east).

Bautista affirmed that also evaluated during the meeting the follow-up to drug micro-trafficking, was the strategy of police raids and criminal investigations to reduce rackets.

“This morning we met with all the regional directors of the country, the departmental commanders to make an evaluation of the management of each of them to analyze the criminal incidence, to establish responsibilities but above all, to carry a message that has to do with the responsibility and commitment that we have when entering this institution in which we swear by this country, even with our lives if necessary, ” Bautista said.