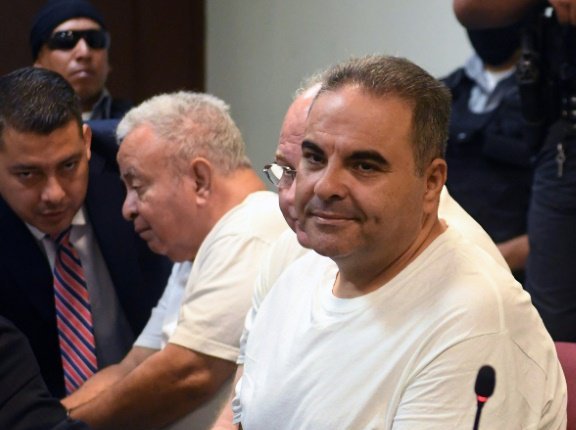 San Salvador, El Salvador.-  An accomplice of El Salvador former president Antonio Saca (2004-2009), in the misappropriation of more than 300 million dollars on Tues. testified that a company “simulated” lending services in the Dominican Republic and other countries to launder the money, EFE reports.

Prosecutor David Ramírez told the press that Saca’s accomplice, who accepted a plea bargain, told the judges that the “money laundering scheme” initiated in 2006.

“It has been established as a money laundering scheme the use of companies that simulated the provision of collection services abroad” and the funds allegedly collected “were subsequently transferred” to Saca’s companies, the prosecutor said.

He pointed out that the “credibility” that the Prosecutor’s Office has given to the witness, whose identity was kept in reserve, “lies in the direct participation he had in these societies” and that “he had direct contact with Saca”, a situation that “has been achieved” and corroborated with other elements.”

The testimony is just one f others which the press has yet to access since the trial bean on August 7.

An unnamed witness, identified only as “Olimpo” corroborated the statements by Saca’s accomplice and noted that the company belonged to former television host Jorge Hernández, who was tried in another case for money laundering.

“Olimpo” said that Hernandez’s company simulated collecting more than 5.9 million dollars in “arrears” in the rest of Central America and the Dominican Republic, and was left with a 15 percent commission.

The rest of the money was transferred to several companies that served as “fronts” for Saca, who on August 9 confessrf to embezzlement and money laundering.