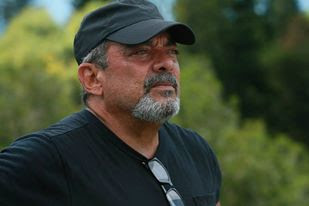 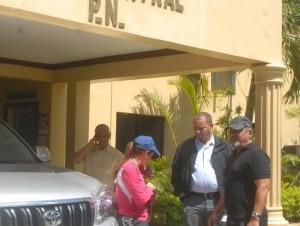 Santo Domingo.- Filmmaker Alfonso Rodríguez on Wed. asked former Interior and Police minister Carlos Amarante, if he’s the one who will “lay blocks” after affirming that he (Amarante) -if he becomes President- would deport all illegal aliens.

“Amarante, are you the one who’s going to lay blocks, your cousins ​​from where you come from, are going to cut cane,?” said the presidential candidate for the 2020 election, interviewed on El Despertador, Noticias SIN.

Amarante -of the ruling PLD party- on Tuesday said he doesn’t want a single undocumented person in the Dominican Republic. “We will deport them and for that I will give all the logistical support to the Immigration Directorate.”

Rodriguez warned that to remove all Haitians from the country wouldn’t be advisable because that would “collapse” the nation.

“Tell Donald Trump to get all Mexicans out of the United States so that you can see how the world’s number one country collapses,” said Rodriguez, who launched his presidential bid last July.

He stressed that the country’s main problems are crime, corruption, immigration and unemployment.

If he were to become president, the filmmaker would work to establish the death penalty and life imprisonment, and would give women the opportunity to vote whether they want to approve abortion.