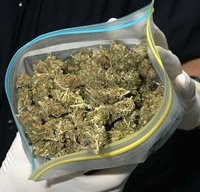 Santo Domingo. – The head of the detox facility Casa Abierta, on Sun. said the Govt.’s push to cut marijuana consumption ignores the fact of its recreational use, of which he affirms that 90 percent don’t cause problems, “being less harmful than other drugs commercially authorized and regulated for the collection of taxes.”

Interviewed on Channel 6, De la Rosa suggests following Uruguay’s example, where recreational marijuana use has been legal since 1974, with State-controlled production and consumption.

“There in Uruguay, before the consumer spent the equivalent of 10 dollars per month, but now only spends an average of 1.5 dollars including the tax benefit of the authorities.”

“The legalization of marijuana prevents sectors linked to prosecution from exploiting and extorting youth, taking advantage of this prohibition.”