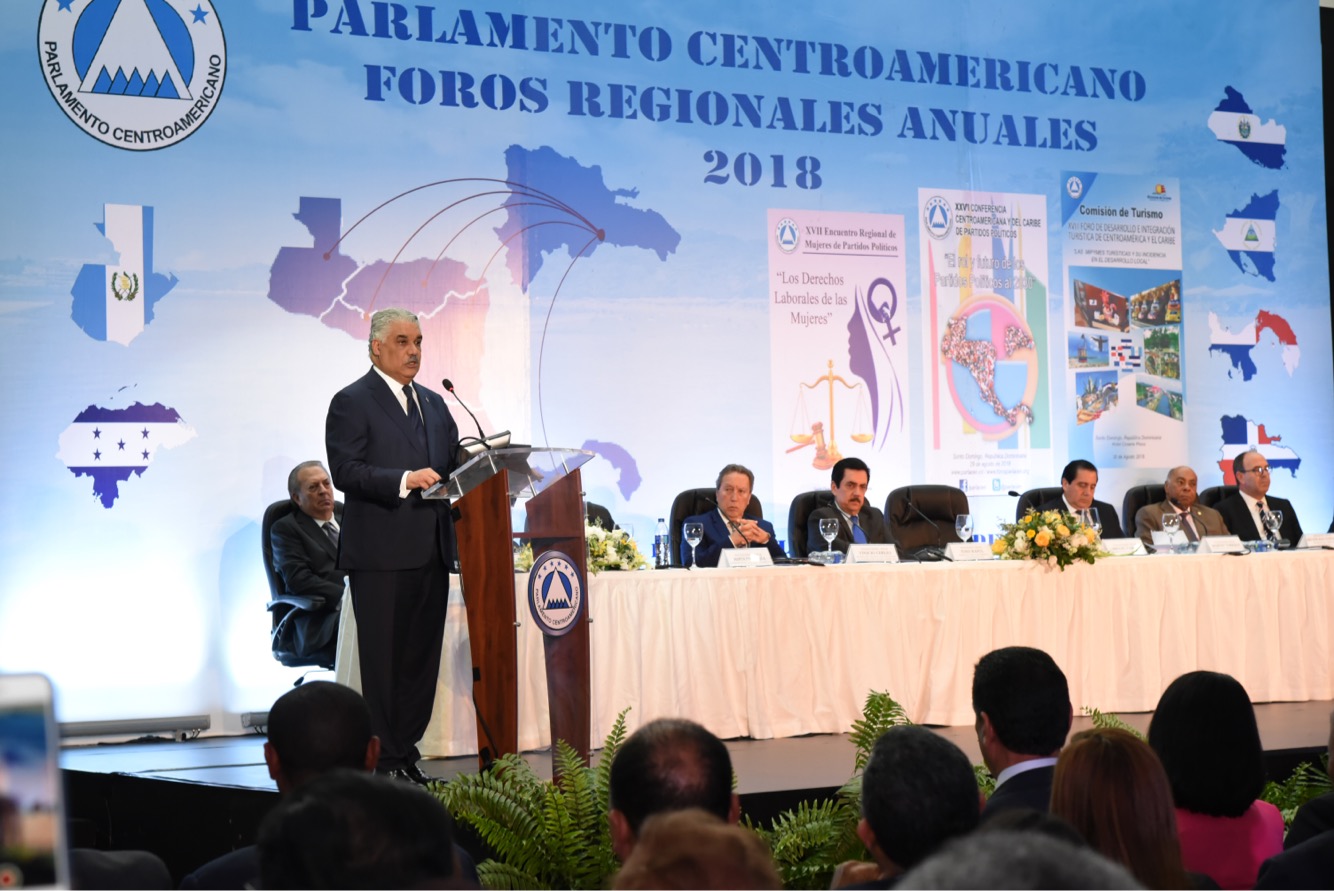 Vargas spoke at the Foreign Ministry to open the Parlacen Regional Forums, which will last until Thursday, August 30.

Among the former presidents who will participate in the forums figure Martin Torrijos of Panama, Vinicio Cerezo of Guatemala, José Arnoldo Alemán of Nicaragua; Leonel Fernández and Hipólito Mejía, from the Dominican Republic. Also Organization of American States (OAS), Secretary General Luis Almagro.

“The Dominican Republic is a determined participant in Parlacen, as part of its proven Central American integrationist vocation, under the purpose of solidarity for the region’s development,” Vargas said.

“Our democracies face the difficulty of satisfying old and new needs without diminishing public liberties and the right to decide, with the addition of instant communication from the Internet and social networks,” he said.

The official referred to the situation of the parties for the next 20 years and said that they must lead the change demanded by society or “society will circumvent the parties.”

He added that the disconnection between parties, their governments and most of society forces these organizations to make changes in favor of legitimacy and social harmony. “Societies change and the parties must do it simultaneously or attentive to the tendencies, anticipate those changes and lead them, as a solution to the crisis of parties or legitimacy.”