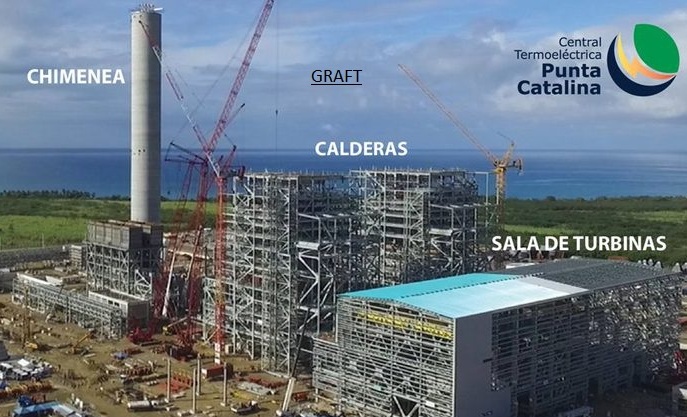 Santo Domingo.- It’s impossible to isolate the Punta Catalina power plant scandal from the Odebrecht graft case now before the Supreme Court, according to a prominent attorney Servio Tulio Castaños.

His assertion however contradicts his position as member of the Investigative Commission appointed by president Danilo Medina to evaluate the Punta Catalina project, whose original cost has been allegedly ballooned by as much as US$1.1 billion to US$2.5 billion.

He now acknowledges that the Commission “hasn’t served for anything” since in his view it’s a case that from a legal standpoint should be addressed in court.

Castaños, executive vice president of the Institutionalism and Justice Foundation (FINJUS), said the process also lacks “a leg” that is for local prosecutors to interrogate Marco Vasconcelos Cruz, manager of the Brazilian company Odebrecht in the Dominican Republic for many years.

Interviewed by the journalist Fausto Rosario, Castaños said Vasconcelos should be interrogated in the country, “especially because the statements he has offered are linked to the process he has had in Brazil, and not what interests the justice system in the Dominican Republic.”

The attorney added that the fact that only two Senate presidents of that period have been investigated in the case isn’t justified, and because they are of the opposition parties, only they have been indicted in the process.