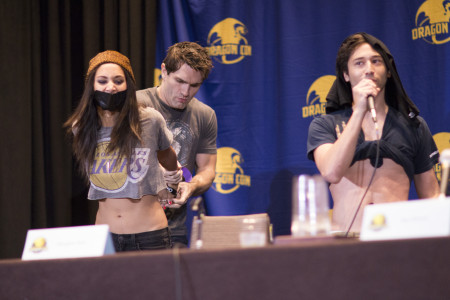 Santo Domingo.- Prominent lawyer Namphi Rodríguez warned Wed. that “sectors of power” resort to the Political Parties Law to create an offense punishable by one year in prison and fines in the millions for voicing on social networks “negative” ideas, opinions and messages about a pre-candidate.

The also president of the Press and Law Foundation said they’ll challenge several articles of the “gag” Law before the Constitutional Court next week, since in his view, represents “a serious violation of the law and right of freedom of expression enshrined in the Constitution.”

“In the framework of an electoral campaign, citizens have the right to obtain information related to the actions of candidates, whether negative or positive, since the information guarantees transparency, allows public functions to be scrutinized, but above all, it’s a form of strengthen democracy.”

He said the criminalization of the dissemination of information on a candidate, cannot depend on the fact that it’s “negative” or “tarnish” their image, “since none of the previous qualifiers are related to the veracity of the information or determine invades the scope of privacy, or if it responds to a willful intention to damage the image and good name of the candidate.”