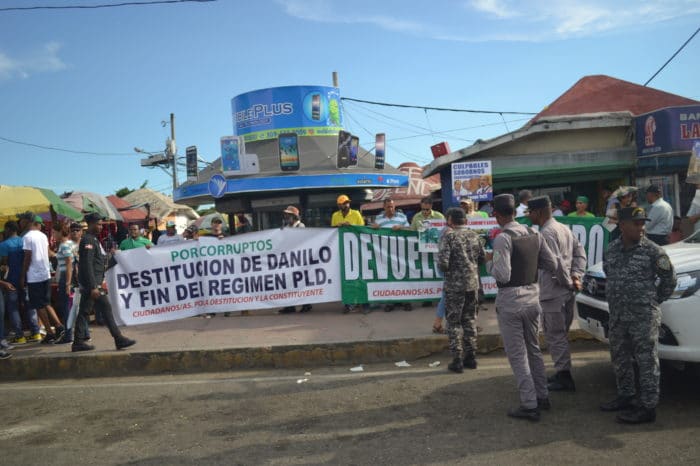 Santo Domingo.- Dozens of people of various ages and social sectors gathered Tues. on the Duarte Highway just north of the city  to stage a sit-in calling for president Danilo Medina to step down.

For a little over an hour and watched closely by Police, people who said to be members of the Citizens Movement to Dismiss Danilo Medina and the Constituent Assembly, remained on the shoulder of the highway.

They waved banners, held pickets, handed out flyers and chanted slogans calling for the anticipated departure of the current Administration.

Many of the passers-by stopped to accompany the protesters with the chants, while motorists honked their horns to support the protest, whose spokesperson Virginia Segura read the manifest of the sit-down.