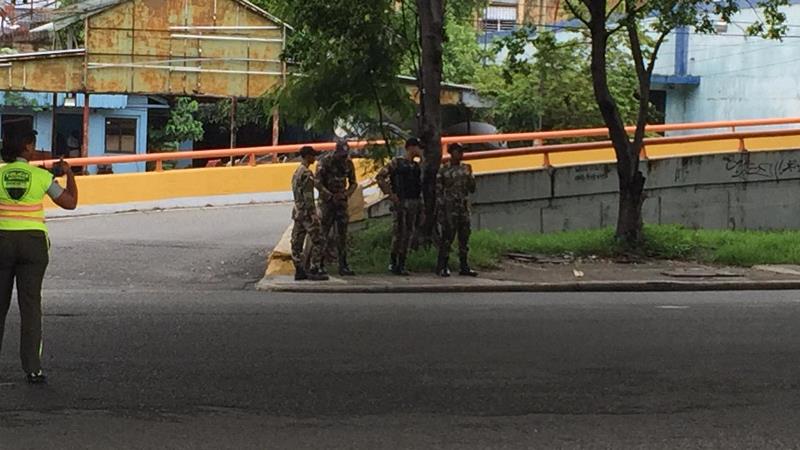 Soldiers in a street. Photo elnuevodiario.com.do 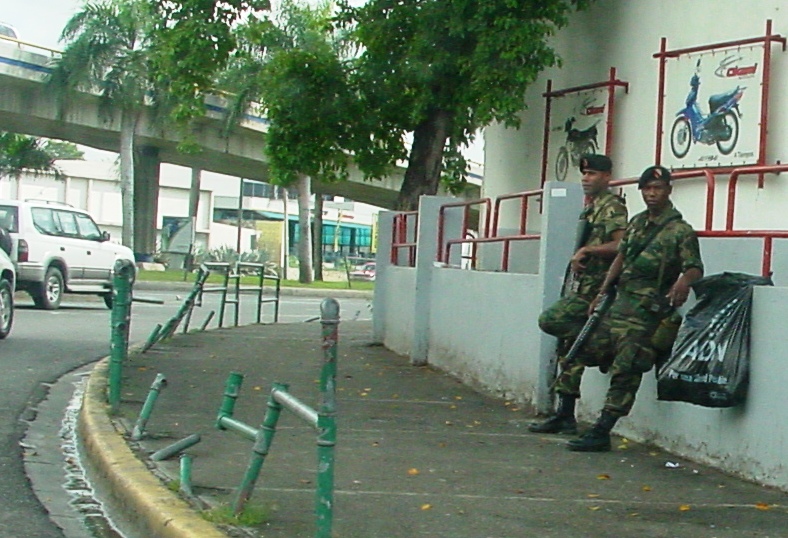 Although the unannounced deployment started around 6am in several points, it emerged that it was adopted to avert disturbances in the heels of a call to strike by the Conatra taxi and bus drivers for Monday in Santiago.

The troops and officers, which include a Swat team, were posted since early today in major arteries such as Máximo Gómez and 27 de Febrero.