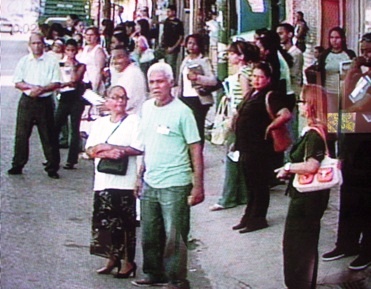 File photo of a similar strike

Some union members even dismounted the passengers from some of the buses.

The protest against rising fuel prices prompted National Police officers to converge on the scene where they fired tear gas canisters to break up the crowd.