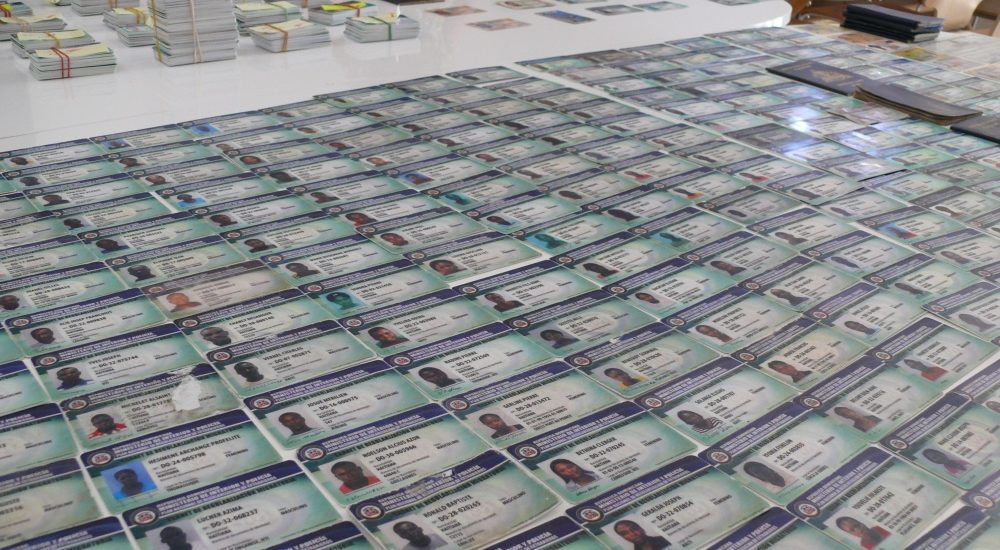 Santo Domingo.- 1,604 ID cards and other altered documents of the National Foreigners Regularization Plan (PNRE) were confiscated in operations carried out in various provinces, the Immigration Directorate (DGM) revealed Wed.

It said the operations were carried out during the last few weeks in Dajabón, Santiago, Pedernales and Independencia, after the agents and inspectors confirmed their authenticity through biometric readers and Immigration’s database.

The DGM added that Immigration Law 285-04 stipulates that the bearer of a forged card is charged with identity theft and must be deported for being irregularly in the country.

“With regard to the holder of the card, it is requested to be excluded from the National Plan for Regularization of Foreigners (PNRE) and their consequent deportation, provided that the existence of a prior complaint to the theft of the document before the corresponding instance is not demonstrated.”