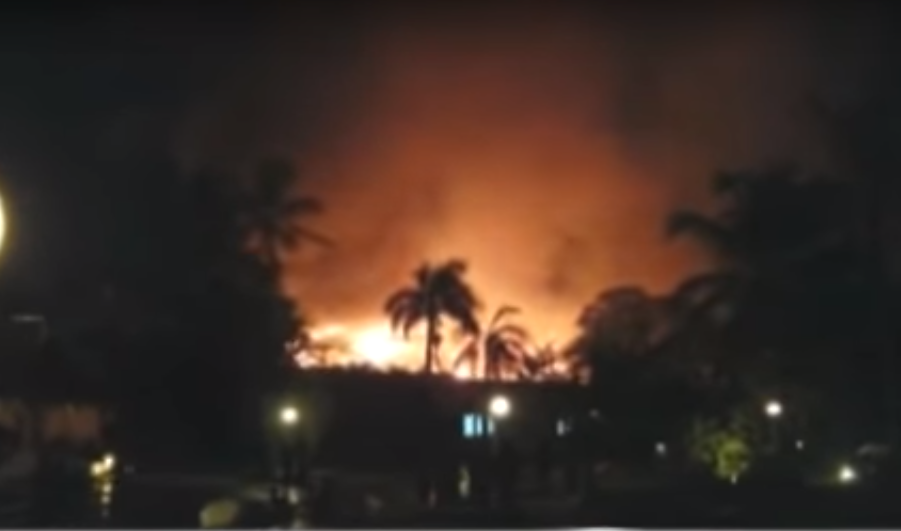 No injuries were reported in the incident as the areas were unoccupied at the time, but prompted the evacuation of the guests to other areas of the resort.